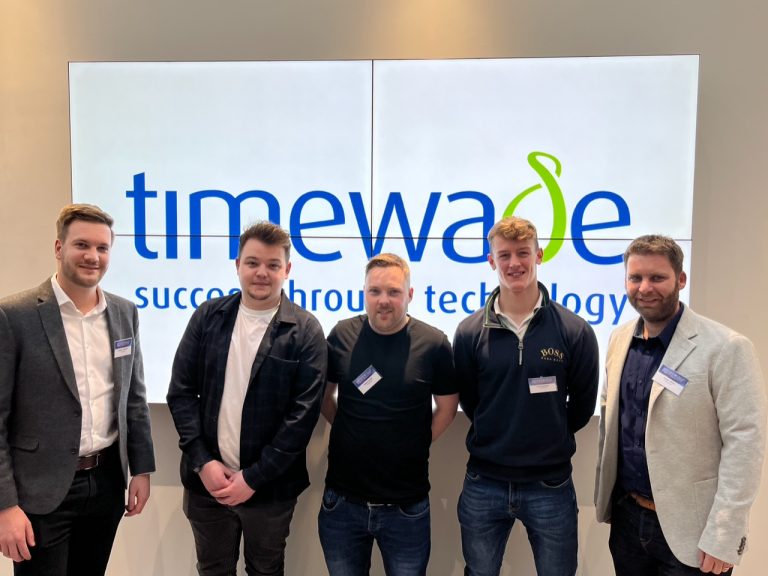 On Thursday 24 February Timewade were delighted to take part in, and sponsor, the first South West Esports Festival at Exeter College.

The festival, which was run and organised by Tech South West, took place at the new Digital and Data Centre at Exeter College, which houses the Exeter College Esports Academy and is part of the South West Institute of Technology.

Technology Success Analyst at Timewade, Troy Wheeler, said: “The eports festival was such a fantastic day. As an avid gamer it was great to have the chance to compete in one of my favourite games, Rocket League. After nearly two years of working mainly from home, it was great to meet up with like-minded colleagues and business connections for such an innovative and well-organised event.”

Esports, a term used to describe competitive video gaming, is one of the world’s fastest-growing industries. The sector achieved an audience of 474m in 2021, and a global revenue of over $1bn, according to market research firm Newzoo. Leading the way in esports, Exeter College offers a range of courses for students who wish to develop their skills in the business and management of esports, alongside coding, software development and data analytics training.

Operations Director at Timewade, Jordan Westcott, said: “The South West’s tech scene is thriving, and the esports festival offered us a chance to see the range of tech facilities they have at Exeter College’s Digital & Data Centre. We are passionate about supporting the next generation and look forward to working with the college and supporting local young people as they embark upon their careers in tech. Our congratulations go to the festival winners Rocketmakers and runners-up Ashfords LLP – our team had great fun competing with you.”

If you’re interested in finding out about courses at Exeter College, visit: https://exe-coll.ac.uk/

If you’re interested in finding out more about the free to join membership organisation Tech South West, visit: https://www.techsouthwest.co.uk/

Our Values: Value 2 – Be professional